Why 2D animation will never die, 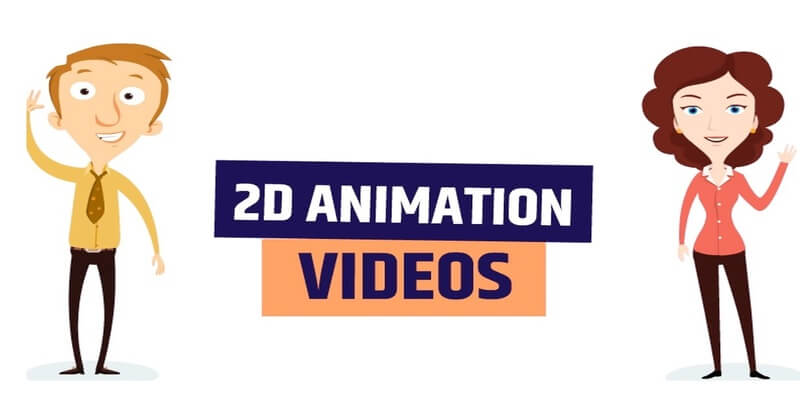 Many people love 2D animation for its charm, “soulfulness”. Even the slightest unevenness in the lines looks natural and attractive. At the same time, large studios, considering that 2D does not pay off, abandoned it in favor of 3D. Regardless, 2D animation is not going to die!

If you want to become a 2D animator, don’t be afraid that your profession will not be in demand. However, the specifics of 2D production should be taken into account.

Challenges and difficulties in 2D animation

In 2D, it is difficult to draw angles and rotations of objects. For example, you need to show a fight in a rotating room – such a scene is in the anime “The Blade Cleaving Demons”. To animate this in 2D, the artist must imagine what each angle of the rotating object will look like and depict it. Not all animators have this level of drawing. How to solve this problem? By combining technology! The object or background is rendered in 3D and combined with 2D. The main thing is that the 3D should not be out of style.

Showing volume in 2D is also problematic. You need to depict a two-dimensional character or object so that it does not look flat. 3D-models, for example, are volumetric by default, such a problem does not arise (there is another difficulty – to create a high-quality model). Light and shadow allow you to define the volume, but they are also not easy to work out. Therefore, a 2D animator must know anatomy and chiaroscuro. And also 3D technologies come to the rescue again!

Sergio Pablos’s full-length cartoon “Klaus” – 2D, but using CG. The unique technology “Klaus Light and Shadow” was created to work out the lighting. The lighting in the cartoon looks believable, thanks to this, the characters seem voluminous.

Some 2D problems have not been resolved yet. For example, it is very difficult to create realistic 2D cartoons because it requires high artistic skills. But if, according to the intention of the creators, the project should look photorealistic, 3D is more suitable for it. And the style of 2D cartoons is often far from realism. Think Adventure Time with its simple yet creative character designs.

So, drawing frames by hand is a lengthy process. The human eye perceives 24 frames per second (FPS), at this speed the movement seems smooth and not jerky. The minimum frequency is 12-18 frames per second. Of course, most of the time, drawing all 24 FPS is not required. The number of frames can be reduced by half, three times, while showing each frame 2 or 3 times, respectively. This is called 2s and 3s animations. Even so, the animator needs to render a huge number of frames and make sure that the object does not deform.

Modern software allows you to partially automate and speed up production: the animator draws key frames (the initial and final moments of movement), and the phase (intermediate frames) is done by the program.

The program helps to do the phase.

The time it takes to create one frame also depends on the style: the simpler it is, the faster you can draw the frame. In the anime, the drawing of faces is simplified, sometimes the nose is not even depicted. One of the reasons is saving time. Simple face designs can improve performance and sometimes direct animators’ efforts to improve animations to make them smoother and more believable.

If the object is endowed with a lot of detail, it will take a long time to draw it in each frame. But this problem is being solved. In Disney’s Aladdin, the flying carpet is decorated with intricate designs. Animating a detailed rug pattern entirely in 2D would have taken a very long time, so it was decided to combine the technologies. The basic rectangular shape of the carpet was manually animated, and then a pattern was added to each frame using 3D software. This made things faster.

Where 2D animation is applied

Since the early 2000s, the number of full-length animated 2D cartoons from large studios has indeed decreased significantly. The latest Disney 2D feature film, Winnie the Bear and Friends, was released in 2011. But that doesn’t mean 2D animation is dead. Here they discussed several areas where 2D animation can be used.

A large number of animated series are created in 2D. You can easily remember the most popular and famous ones – “Rick and Morty”, “Adventure Time”, “Gravity Falls”, etc. New Disney series have been made in two-dimensional animation: “Amphibian” and “Owl’s House”.

Cartoons are produced not only for TV. Series for streaming services (such as Netflix, Crunchyroll, Hulu) are gaining popularity. For example, “Onyx. Equinox is the original Crunchyroll series.

Some independent studios specialize in 2D. The Irish studio Cartoon Saloon produces feature-length cartoons with a unique visual style. Tomm Moore, founder of the studio, is inspired by medieval miniatures. 2D is perfect for styling them.

Animation is widely used in marketing. Advertising in 2D is cheaper to produce than with live actors or in 3D – of course, if it’s a simple animation in Flash.

It can be seen almost everywhere: it is product or image advertising, videos on a social theme, etc. For example, an advertisement for an application for McDonald’s is made in exactly this style.

But there are also high-quality animated ads. For example, in 2019, the Oregon Tourism Commission released the “Only Slightly Exaggerated” commercial. Oregon is shown as a fairyland, and the visual style is reminiscent of Studio Ghibli cartoons. The image is created attractive, and largely thanks to two-dimensional animation: in 3D the same video would look different, the feeling of magic and comfort would disappear.

They produce material for fans in 2D format. For example, Blizzard Entertainment makes Overwatch short films not only in 3D, but also in 2D. In 2020, the story of the Death Fist, one of the characters in the game, was animated in 2D.

Nowadays, a lot of 2D games of various genres are being produced: from quest and visual novel to jump-and-run and metroidvania. The gaming realm is dominated by 3D, but 2D games have their advantages: for example, the player has no problems with controlling the camera (because this function is missing). Many 2D animation programs are integrated with the game engine, which makes the development process more convenient.

If you want to become a 2D animator – now there are all the possibilities for this. The main thing to remember is that you have to be flexible in software and have the skills of an artist. Go to your goal and do not be afraid of anything!

What Are Essentials for Welding Safety?

What Are The Subjects In Communication Design

Top React NativeAnimations Libraries to Use In 2022